During the 1950s, the University of Catania started to reconstruct and rationalize its spaces during the city’s frenetic building programme, which drove the economic growth of the city. The University played its part in managing the programme and two leading figures of the time were the rector Cesare Sanfilippo and the urbanist Luigi Piccinato. In 1960, Piccinato was called upon to design the new university city (Nuova città universitaria), which was designated to host the scientific institutions and the University’s polyclinic. A few months later, he was invited to draw up the city’s development plan. By analysing sources held in state archives (Archivio centrale dello Stato), the University of Catania’s historical archives, and the Luigi Piccinato Archives, the paper reflects upon the political genesis of the city’s transformation. It also examines the relationship between economic and urban planning, and the ruling class’s vision of the development; a ruling class that dreamt of creating a Polytechnic of the Mediterranean, and who considered the urban area the ideal space to test new democratic practices. 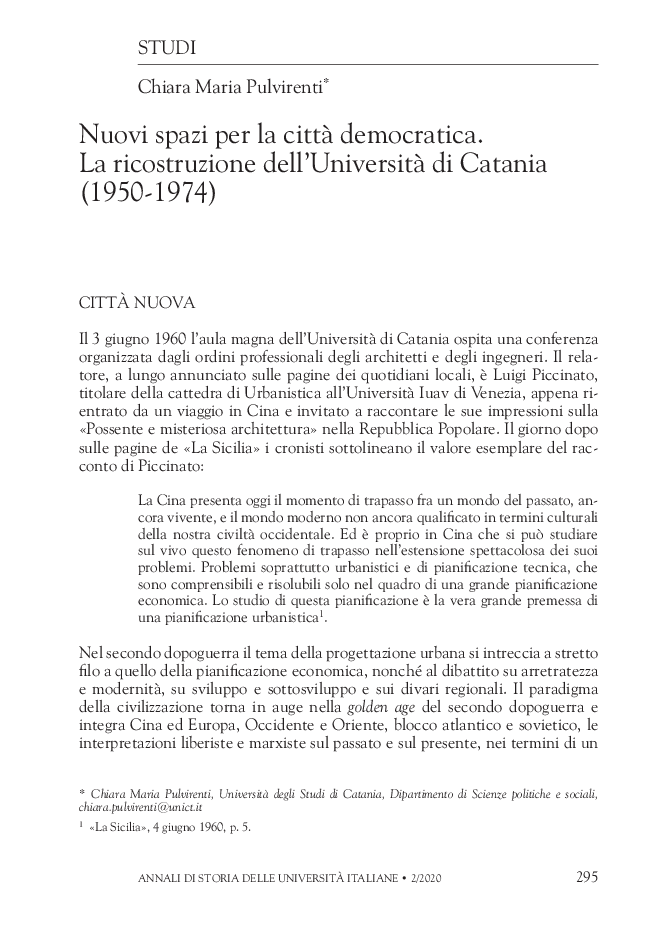