In Giovanni Verga’s Malavoglia the notion of the “defeatedµ is strictly connected to the environment which the characters live in: from their origin, they learn how to set up their future actions. In Verga’s Malavoglia the description of places are even more relevant, especially when they are related to female characters, whose connection with the private dimension is much more considerable. It’s important to decode this narrative procedure to well understand the role of the female world that is so crucial in this novel. Juxtaposing some female characters to their environment, this essay is devoted to identify the way they are able to express their individuality and their role in the storytelling. Even female characters reveal indeed an ethic inclination that too often critics have recognized only to the male protagonists: in this novel, on the contrary, female characters show a complete understanding of their responsibilities. 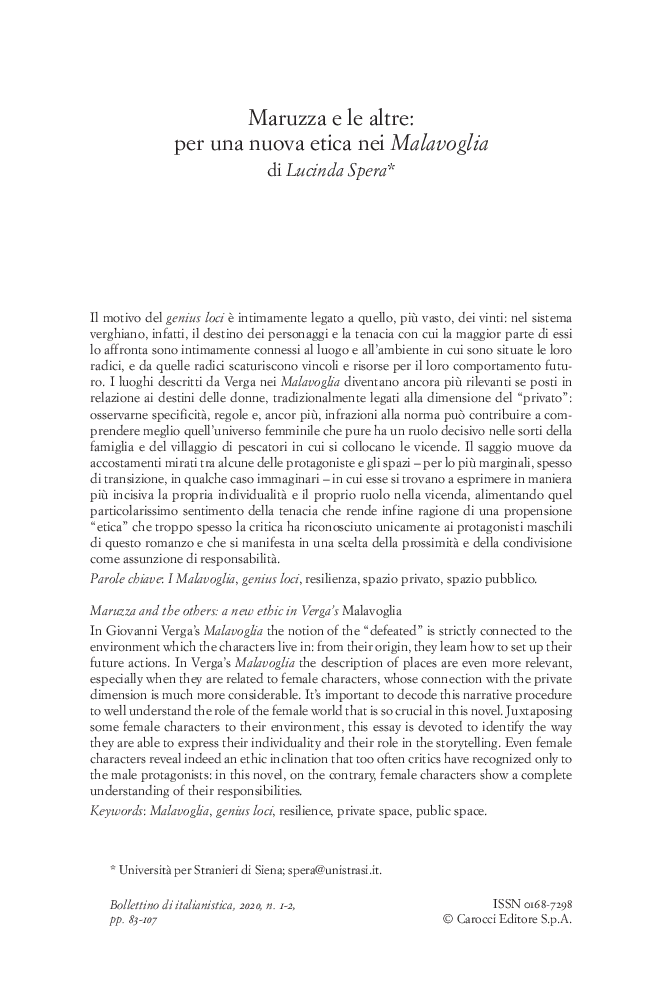