Bassani has often mentioned the decisive influence of Croce on his world-view, his poetics and his practice as a writer. However, despite some valuable contributions, this influence has never been studied in an accurate and systematic way. The present essay aims at filling this gap: to measure the extent of Croce’s influence on Bassani, but also to probe the crucial points on which the Italian novelist departs from some of Croce’s strongest presuppositions. 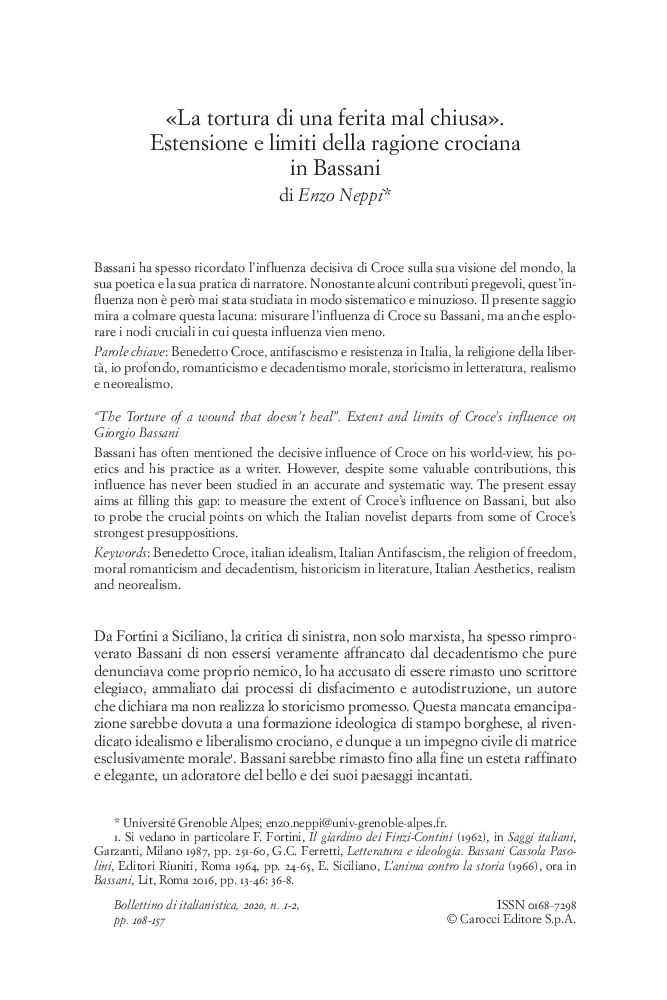