In 1941 Aldo Palazzeschi moved from Florence to Rome, the city that became the protagonist of Roma, published in 1953. An extraordinary and forgotten novel, which can be read both as a representation of social changes occurred between the end of the war and the years of rebirth, and as a guide to accompany the reader on a journey through the streets and squares of the «young and decrepit, poor and billionaire, intimate and brash, narrow and infinite» city. 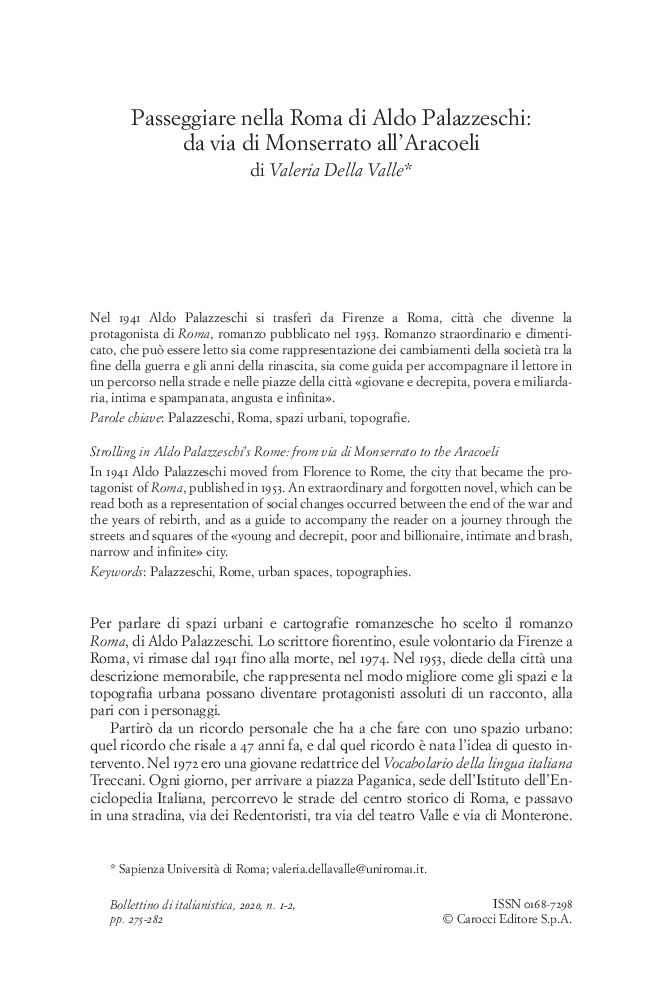