Luigi Meneghello connected space, thinking and writing in a most original and uncommon way, with respect to both the canon of national literature’s authors and the constellation of writers who migrated abroad in the th Century. Meneghello, whose background was eminently philosophical, called this peculiarity “dispatrioµ (to be roughly translated as “dispatriationµ). In fact dispatrio does not coincide with the moment when the author detached himself from his homeland, but it is the translation/trasfiguration of the permanence in a mobile dimension of confrontation and contact between cultural, linguistic and geographic poles.The exteriority in which Meneghello’s three cultural and linguistic allegiances (local homeland, nation-homeland and new English allegiance) come to coexist and conflict is paradoxically a new interiority: memory. It is memory that generates a new cartography which strives to bring together the places of the experiences of belonging the writer made and to establish a productive relationship among them, even if it is an “anamorphicµ one, that is, deforming; hence a relationship in which the apparently incommunicable nuclei of reality may be transfigured in the space of writing which reconciles autobiographic materials, theoretical reflections and literary elaboration. 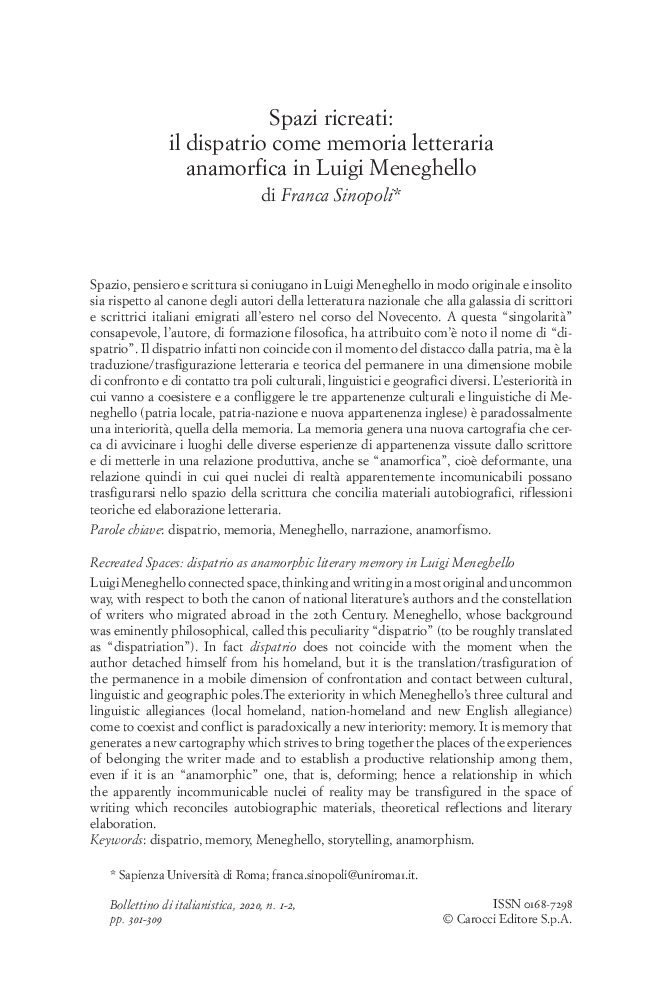