This essay is devoted to a prison memoir by Giuseppe Scortecci, La città effimera, in which the representation of the prison camp takes place in a deforming and sometimes hallucinatory way. This stylistic feature, traceable in other FWW’s memoirs, point out the presence of expressionist suggestions that, according to Italo Calvino, will be developed in the neo-realist literary production. 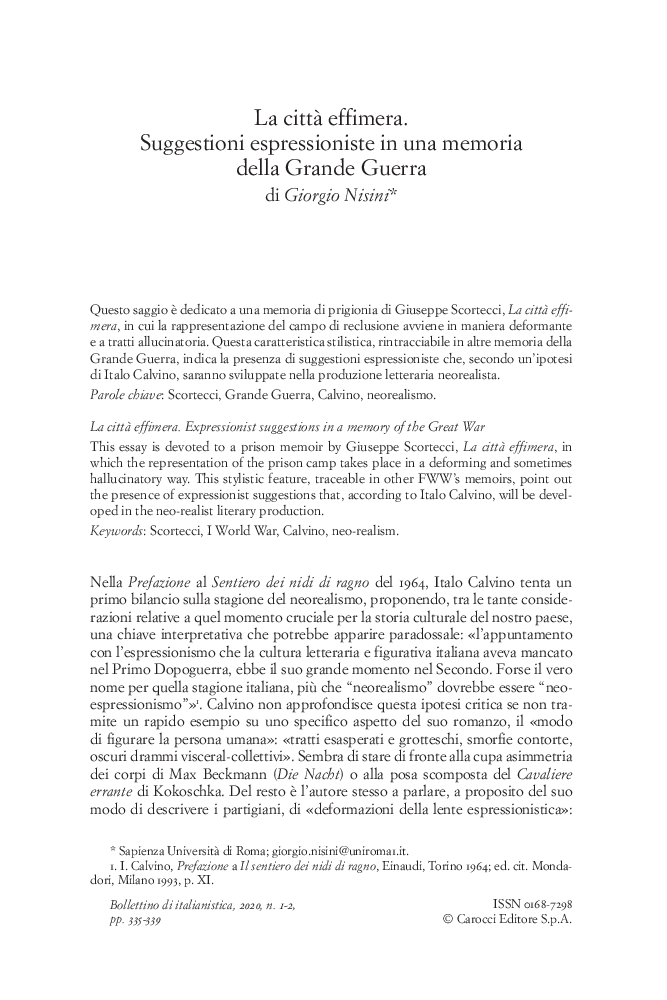