The most serious political assassination that took place in Italy during the latter part of the 20th century has at its centre the writings of its victim, Aldo Moro. The "private" letters sent to his wife and children not only convey the urgent need to avoid dispersion, to remain united, to defend historical memory, but are also fundamental in understanding the writings of Moro the hostage, as a whole, in its entirety, an comprehensive corpus where the part dedicated to the family plays an essential role in its interpretation. Little was known during the kidnapping and for twelve years after about Moro's writings. The origin and the use of the language in the writings during those fifty five days, the thirty one letters sent to his family, the underlying links among the various parts of Moro's writings - a vital source of reference for Italian contemporary history - are the focus of this article. 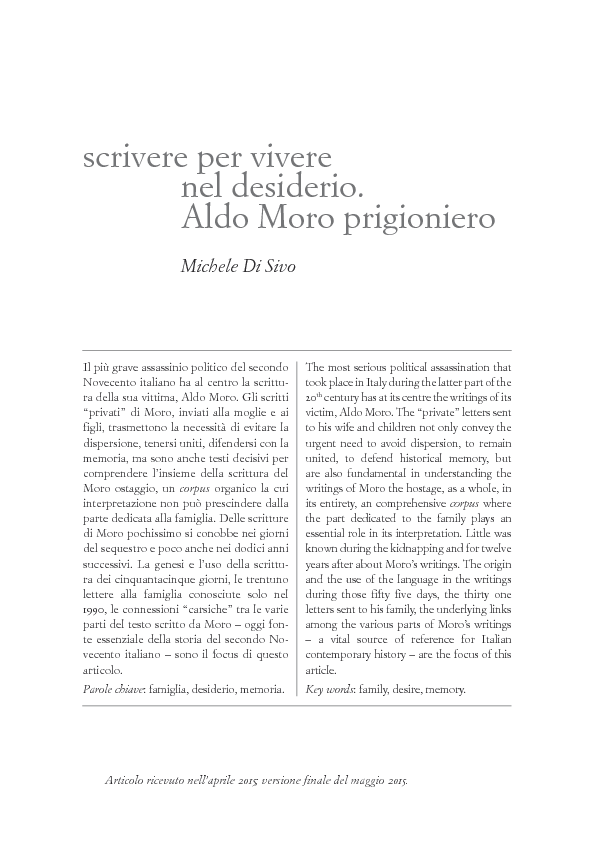